For a kid learning how to play chess, festival season in downtown Raleigh was a godsend.

A concert series. A holiday parade. The specific occasion didn’t really matter. Justin Lockett would still set up his board along the main action, assemble his double-weighted pieces and wait for a challenger from the crowds.

“All the people who go to these things, there’s always going to be somebody who plays,” Lockett says. “And typically, it was well worth my time — I might get 30 to 40 games in.”

Lockett’s time on Fayetteville Street served as his crash course in chess. Now a junior studying political science at NC State, he spends most of his time just down the road, on NC State’s north campus. As the reigning state champion for one of North Carolina’s top chess divisions, he made sure to bring his passion for the game.

“Chess is a lifestyle,” he says, one that’s integrated into his time both inside and outside the classroom. 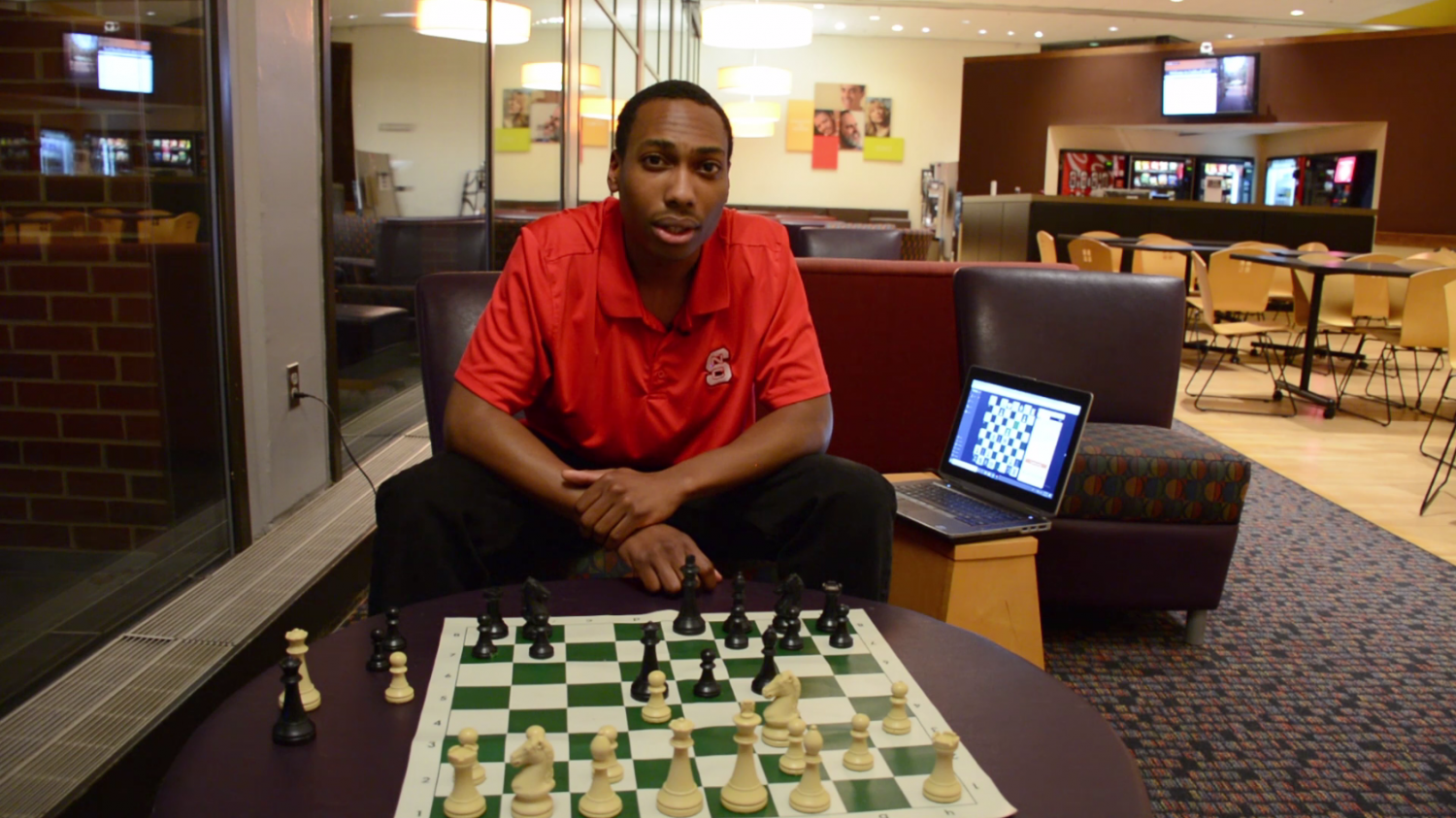 In school, it keeps his mind sharp and improves his memory, which can come in handy during classes and at exam time. Since transferring to NC State from Wake Technical Community College in 2017, Lockett says he’s enjoyed exploring the many facets of his major — especially foreign policy. And with hopes of being an attorney, Lockett says chess has helped him fine-tune skills for the LSAT.

Beyond his academics, Lockett enjoys sharing his love of the game with others. Working part-time with the nonprofit Triangle Chess, he teaches both beginners and advanced players at local schools several times a week. He’s also a member of the NC State chess club and team, which occasionally competes against other universities.

Lockett grew up just outside Raleigh and started playing chess at age 14. His friends taught him the basics, but his real education came during his downtown outings on Fayetteville Street. In addition to his games with passersby, he met his first chess coach — local legend Abdul Birmingham.

“I met him on the Fourth of July; we played three times, and I got destroyed three times,” Lockett remembers. “From then on, I’d meet up with him at festivals, and we’d play for hours. He always taught, never charged, and is truly one of the greatest people I’ve ever met.”

Support top students such as Justin Lockett by considering a gift to the college’s excellence fund.

It was during another festival that Lockett met Bill Clausen, the CEO of Triangle Chess. Clausen introduced Lockett to competitive play, inviting him to a tournament in 2012. It was another learning experience.

“I played 22 games, lost 20 and won two,” Lockett says. “I learned quickly that there are two ways you can take a loss: you can be upset about it or you can say, ‘I lost that game, I wonder why?’

“I’ve tried to learn all I can ever since.”